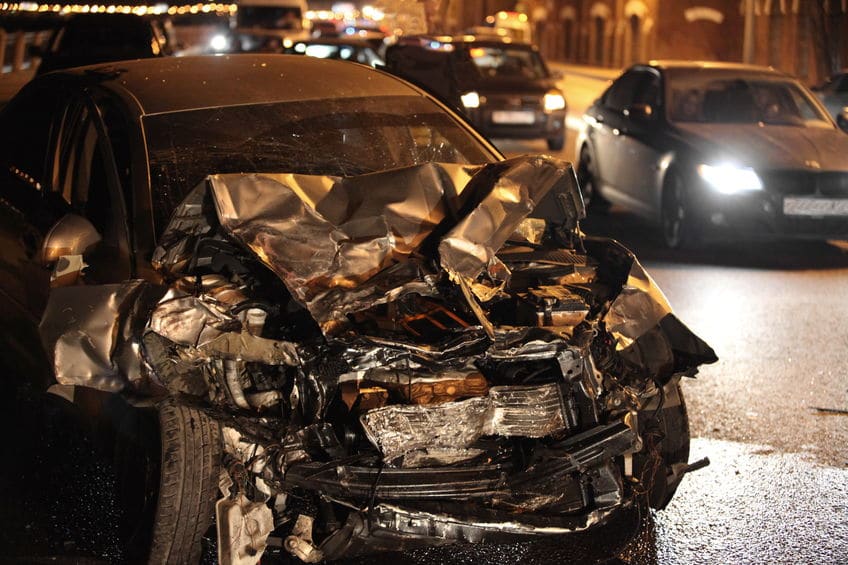 It was the night of August 12th in Southeast Washington when Alphonso and Deborah Williams were startled by a loud noise coming from the outside of  their home. They ran out to check and see what had happened. They saw a man sitting behind the wheel of his car motionless and this made them fear for his life. His car had crashed into a number of parked vehicles and they were instantly worried that he wouldn’t make it.

The couple rushed to his side, yet he was barely responding. He was unable to breathe and the next five minutes seemed to be the longest five minutes as the neighborhood came together in an attempt to save his life. Some took turns  performing CPR, while others called 911.

The ambulance soon came and took him to the hospital while Alphonso and Deborah continued to pray for his life. Deborah shared with The Washington Post how much they worried about his chances of survival.

It was a week later when they found out the good news! The man had survived! The couple learned of his survival via  a sign posted in the neighborhood, near the site of the incident. The sign read: “Good Samaritans of Potomac Ave. — You Saved My Life!”.

According to Good News Network, the sign also detailed the events that occured during that horrible night. The man reported, “I passed out from a heart attack while driving near here.” It continued, “My doctor said that your quick, immediate, and steady CPR action saved my life. Today, I am recovering and am safely back home. Forever grateful, Joe.”

The sign soon spread via social media as someone took a snap of it. As for the couple, Deborah and Alphonso, they recalled that what had happened was a miracle. “You know, the amazing thing about this is that we witnessed a miracle, because he was certainly deceased.”, said Alphonso Williams.

“Everybody was out there, we were all concerned — it was definitely a collective effort between prayers and CPR.”, Deborah added.

The incident happened while the couple was enjoying their ice cream and watching Netflix. When they spotted Joe outside, they found that he had even hit their car, which had bounced off into the middle of the street. However, they couldn’t care less. They were more concerned about the man whose life was in danger and never did they regret going out to help.

Indeed, Deborah and Alphonso’s deed of kindness restores our faith in humanity. Even if we do not receive the same chance to be of help to others, our daily lives still present many chances to at least be kind.

Chipper the Dog, On a Mission to Help Save Mother Earth