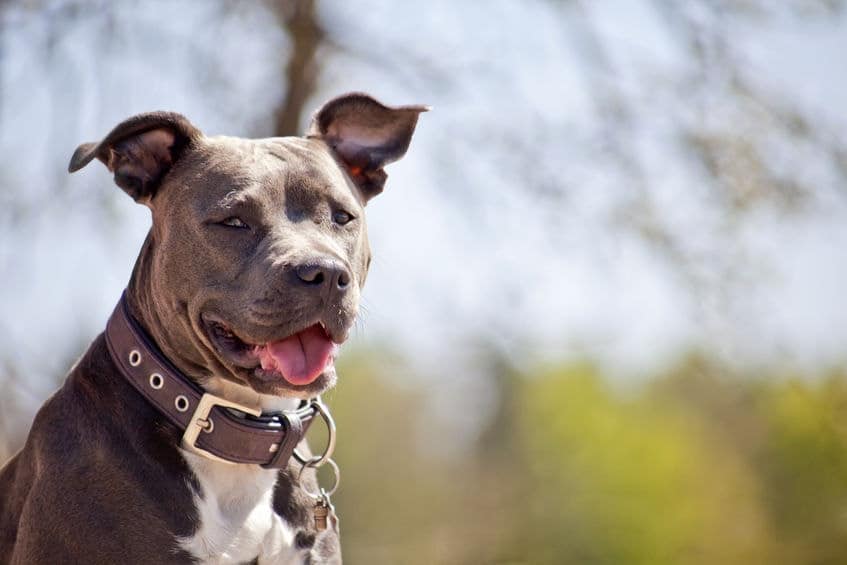 Time and time again, dogs prove that they are indeed man’s best friend. A pit bull from New York has proven this once again.

Sadie, a pit bull from Westchester County, New York has shown an amazing display of bravery and love for her family. She went the extra mile to save their lives. Sadie never dared to run away except last week, when she felt that her family was going to be in danger.

The brave furry family member escaped from the house and went running around the neighborhood as if calling for help. That’s when the police received several calls about a noisy pit bull which had gotten loose. The police officers tried to chase Sadie but found themselves being led to the backyard of her home. Upon arrival, they noticed that the fence was broken, the door was already open and the smell of gas coming from an open basement window.

The first responders from Eastchester Fire Department and Con Edison confirmed it was a gas leak coming from the basement. Thanks to Sadie, law enforcement was alerted to an impending danger which could have otherwise led to something worse like an explosion.

At the time, Sadie’s owner Serena Costello was out with her 4-year old daughter. Even if they weren’t around, Sadie had the initiative to do something to ensure her family’s safety when she sensed danger. Further investigation revealed blood stains on the door frame. The wooden blocker that keeps the sliding door shut was no longer in place as the dog had to dig out in order to escape.

Costello was overwhelmed with emotions upon knowledge of what Sadie had done for them. “She is a hero. She is our hero. It’s just so out of character for her to do something like this. She saved our lives. Yeah. Emotional.” She told WABC.

“They had to write me a summons, which they didn’t want to, but I guess it’s the law for having an unleashed dog in the area,” Costello said. “But one of the police officers, I guess after ConEd said that (it) was a gas leak, took the summons and ripped it up.”

This story is just one of the many that show the heroic deeds of dogs. It is just so heart-warming to think that these intelligent creatures can show unconditional love to their humans; that they have unparalleled loyalty and bravery. This is the exact reason why they deserve to be treated well. They deserve to be loved as much as they love us because they are more than just animals. They are family members. They are friends. They are our best friends.